25 May 2018 By Melanie at The Body Matters in Nutrition

Diabetes is on the rise, not just in the UK but across the Western world. The most recent report of the World Health Organisation (2017) reports that 422 million people worldwide suffer from diabetes, and 400 million of those have type 2 diabetes (T2D). In the UK, 3.77 million have been diagnosed with diabetes, but many more are thought to suffer from it, only they have not been diagnosed yet. The total number of diabetics in the UK is estimated to be at 4.6 million. If that wasn’t enough,12.3 million people are thought to be at risk (numbers by Diabetes UK).

These are frightening numbers, particularly since the most common form of diabetes – type 2 – is now known to be almost entirely diet and lifestyle related and to be completely reversible in the majority of cases!

Anyone who receives the diagnosis of diabetes will be informed that the disease is incurable and progressive, meaning that symptoms will become worse, insulin resistance will increase and diabetes-related further health problems will ensue, among them obesity, heart disease, blindness, kidney disease, neuropathy and possibly amputations. Modern medications may help slow down the progression, but they will not cure diabetes. One treatment does though: Bariatric surgery appears to be able to reinstate insulin sensitivity – thus curing type 2 diabetes – within hours of the operations. The reasons why this happens are not yet understood. However, bariatric surgery is highly invasive, bears a high risk for the patient and comes with complications of it’s own. Could there be another way?

A number of studies have shown that type 2 diabetes (not type 1!) is reversible. It is important to note that that is not the same as curable. Dietary changes and weight loss – although it has to be said that a third of diabetic patients are not overweight – can force the disease into remission, so much so that the patient will present with blood results that would not confirm the diagnosis of diabetes any longer. Why are they not ‘cured’ then? Because as soon as diabetic patients return to the diet and lifestyle that promoted the condition in the first place, it will be back. 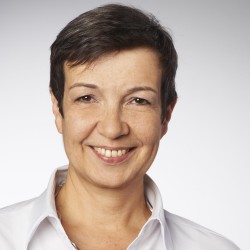 Melanie
Melanie trained as a nutritional therapist at the renowned Institute for Optimum Nutrition in London, graduating in 2009. She specialises in the management of stress and anxiety, weight management and hormone health.

Latest posts by Melanie (see all)