28 June 2022 By Louise at The Body Matters in Mindfulness

Lessons in Patience and Acceptance From My Father

A number of years back Dad had various health issues which led to numerous doctor and hospital appointments that I needed to take him to. He was too unwell to go on his own, and too unwell to fully understand what the doctors were telling and advising him. Not only were the appointments local but they were also in London.

At that time, I was leading a busy life, juggling lots of plates (like a lot of us do.) It didn’t lend itself to too much patience from me. Initially I found it difficult trying to fit in all of Dads appointment along with accepting that he needed time to prepare and get to the appointments with hours (yes hours) to spare. But once I realised that by me rushing, and trying to hurry Dad it only made things worse for both him (and myself.) He became frustrated and agitated, as I became frustrated and agitated. We were mirroring each other.

So, I slowly started allowing for more time, not rushing my Dad. I changed my expectation that Dad couldn’t rush around like I could, or rush in the way he was used to. How ridiculous of me to even think that he could, he was seriously ill and in his 80’s.

It was interesting to see how as I gave Dad more time and space, he continued to accuse me of rushing him. So, I started not only giving him the time and space but also told him that ‘there was no rush we had plenty of time’.

Eventually he started to notice his own behaviour and noticed that he would ‘stress’ himself out over his need for wanting to get to the appointment’s hours before the actual time. It was no wonder I was like I was. Like Father. Like Daughter. My Dad had taught me well.

On reflection it was great to see both of us learn in our own way our own behaviour in this situation. This also taught me the lesson of learning how to overcome patience and acceptance not only of others but also MYSELF.

And that changed my life. I stopped the rushing around to the extent that I was. I began looking at how much my behaviour affected others, not just with Dad.

I started looking at how much patience I had not only with others but also myself. How much acceptance I had with others and of myself. It was truly enlightening. From this I was able to start making changes to my own behaviour. It no longer ruled the way I lived in the way it was. Even now it still shows up in my life but no where near as much as it did.

And I love working with clients on this, sometimes it brings out a lot of laughs in a session when they realise how much their behaviour affects their world. I have realised how challenging and yet most rewarding it can be to reflect on our own behaviour to see things from a totally different perspective.

I will be eternally grateful to my Dad. Thank you.

To find out more about how we can help, contact Louise at The Body Matters on 01702 714968. We also offer remote consultations via Zoom to provide our services without physical interaction. 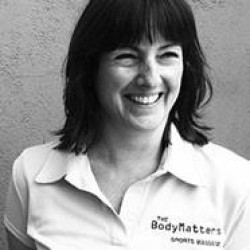