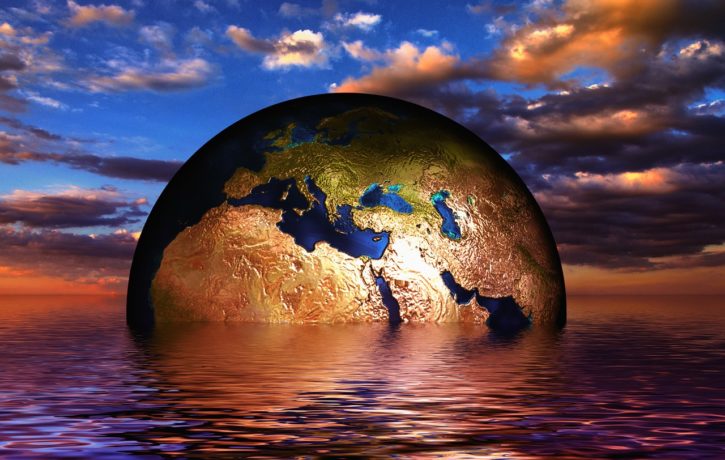 The prevalence of such anxiety in the population has risen, in large part, as people have become better informed about the effect that humans are having on nature. The words of respected figures such as David Attenborough have been compelling in this area. The world of cinema has, for decades, given us a variety of uncomfortable and disturbing visions of the state of our planet in the future (Soylent Green, Blade Runner, Waterworld, The day after tomorrow – to name but a few).

Reading the short book ‘No one is too small to make a difference’, written by Swedish teenager Greta Thunberg, is unlikely to reduce anyone’s climate-change anxiety. Speaking at the World Economic Forum in January this year, she said (admittedly words mostly directed at world leaders of industry and government, rather than citizens generally):

Research commissioned by the School of Health indicates that 75% of people think that climate change is a threat to humanity and one-in-eight know someone who has been affected by extreme weather. In addition, whilst 90% of people surveyed said that they regard climate change as an important issue personally, only 5% feel ready to tackle it.

Trying to ‘bury one’s head in the sand’ so to speak, as a way of avoiding anxieties is not a strategy that most people find satisfactory. Therapy, on the other hand, can help people to find a way to enjoy life without debilitating anxieties and to better face present and future challenges.